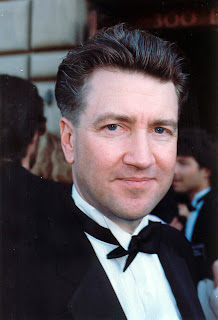 Works of art are easy to overlook at first glance. Some art is so far ahead of its time that only the passage of years will help it be appreciated. Many films must wait for changes to cultural tastes and style before their audience's sensibilities are attuned to receive them. Many masterpieces of art and literature are greeted at first with underwhelming or even hostile reviews and bad word of mouth before one day gaining the recognition they deserve. Most films directed by David Lynch fall into this category.
Most people would value the ability to recognize immediately whether something is a lasting work of art or if it is worthless junk. But often masterpieces are valued less than their uninspired counterparts. Like food, our perception of art can be skewed easily by our moods or tastes at the time we first sample it. Most film viewers enter a David Lynch movie completely unprepared for what they are about to experience and tend to dismiss his films at first as too dark, too weird, or too confusing.
Films like The Wizard of Oz

(1946), now staples of every American family's film experience, were not received very well at the box office upon their initial release. Although neither film was necessarily an outright flop, they both underperformed and were considered disappointments by their studios. But over the decades, these films have gained a mythic sense of popularity and are among the most watched films in history. Film audiences often make mistakes in the short run, which explains the unreasonable financial success of Michael Bay's movies. But thankfully, good taste will win in the end. David Lynch's films age exceptionally well and are more enjoyable for audiences to watch today than ever before.
Although a community of artists work together on a film, it is not created in a vacuum. A film is shaped into existence by individuals, so any change in the lifestyle of the artists can have a profound impact on the quality of their art. Some artists are discovered and recognized early in their careers, but are later tempted by the lure of money and popularity to veer away from their own unique artistic visions.

If an artist's fixation strays from the art toward the ancillary benefits gained by producing it (like fame and money), then the formerly brilliant creator turns into a glorified artisan. The artist turns into a marketer, whose primary concerns shift from the business of their craft toward the business of selling a product to the masses. Unfortunately, many great filmmakers have fallen into this trap over the years and their films invariably suffer for it.

David Lynch stands as a filmmaker who escaped this fate even after gaining early recognition for his first two feature films: Eraserhead

(1990-1991), David Lynch has remained true to himself and made art on his own terms.
We approach the 35th anniversary of David Lynch completing his first feature film Eraserhead

(1977). To celebrate his achievements, we will dedicate all articles over the next five months toward the career of David Lynch, who is still actively engaged in his artistic process to this day. He is currently configuring his website to sell original music, including two new songs for which he will provide vocals (Editor's Note: Those songs were released after this article's original publication and a video clip of the Lynch song Good Day Today

David Lynch's Good Day Today
David Lynch is also lined up to direct a live webcast for Duran Duran in March of next year (Editor's Note: The webcast was recently broadcast live via Duran Duran's VEVO page on YouTube and a short excerpt is provided in the clip below. We also mentioned the webcast again just before and after it aired).


David Lynch is also rumored to be working on an animated film called Snootworld, but we cannot confirm anything specific about the possible production, let alone find a release date. But however long we need to wait for another Lynch feature film, we look forward to many more in the years to come. The purpose of this series of articles is to increase awareness of Lynch's singular body of work and hopefully inspire a reevaluation and deeper analysis of his films by mainstream audiences. And ultimately, we hope to build greater anticipation for his next feature film projects.
Here is a brief explanation of what expect from this series of articles: We will watch David Lynch's body of work in chronological order and publish an article each Wednesday until we have finished analyzing all his feature films and TV projects. We will also briefly summarize and analyze his short films, web projects, and commercials. By analyzing one film each week, we can observe the larger themes that run throughout his work with enough breathing room between sessions to enjoy each film on its own merits.

TV series, the most popular and successful work of David Lynch's career. The series merits and requires deeper analysis than usual. We will be analyzing only those episodes written and/or directed by David Lynch.
As we progress over the next five months, please share any information, insights, or questions you might have about anything from Lynch's body of work. Your questions and ideas will help these articles come to life. If you wish to discuss his films in greater detail, then please feel free to visit our Facebook page and talk to our community of David Lynch fans on our discussion board.

Note: Any purchase made via our web store or product links throughout the article will contribute a small portion to the running of this site. Thank you for your support.

Posted by Michael Adam Warren at 11:36 AM